Category: Android Games / Action Games | Version: 0.6.0
Developer: Melsoft Games | Size: 51.67MB | Updated:10-17
Description
Fish Now is a brand new IO survival game with battles as brutal as the hunger games but underwater! Only the bravest, nimblest and most cunning will survive...
Choose your fighting fish and get readyyy to bubbllle!
HOW TO PLAY?
Start by selecting the fish whose abilities and character you prefer. You can gradually grow it into a beastly predator by munching on plankton and opponents you beat in battle.
Life underwater is far from simple, keep your guard up or go belly up! Even when your hunting you might be being hunted. Stay slippery as an eel and you're sure to win. But which fish will you choose: shark or clownfish?
WHAT'S GREAT ABOUT THE GAME?
- Exciting fights for survival in the deep blue sea! Prove you're no guppy! Fight with fish from all over the world and conquer all corners of all seven seas!
- The battle arena can host up to 100 players. Fight in PvP battles with players from around the world. Start the hunger games, it's feeding time!
- Bright animations and complex 3D graphics bring the underwater world to life.
Each fish has its own unique character, reactions and emotions. As the game progresses, you can unlock more and more characters with new options and abilities. Eat everyone and grow!
Each fish has special skills and abilities using which it can defeat opponents in water battles.
- Piranhas are able to split in half and accelerate
- Stingray can release high voltage electrical discharge
- Shark creates an underwater current that helps to absorb sea opponents easily.
- Fuga shoots out deadly thorns. It's better not to stand in the way!
Every battle needs different strategies and tactics, be sure to use your strengths just right.
HOW DO I PLAY?
- Food is the path to success. The more a fish eats, the quicker it grows and can fight against bigger enemies.
- Employ cunning when using your special skills and abilities. Be resourceful and unpredictable in this io game!
- Collect coins, earn points, boosters and swim up the tournament table.
- Unlock new characters and learn about your new rivals.
- Invite a friend and fight with them in online PvP battles!
- Any fish can take the top spot, be it a big shark or small piranha. Take first place in the tournament table and show the little fishies who's boss!
Everybody chooses their destiny: predator or prey!
Fish Now is a massively multiplayer (MMO) game released in 2017. Win the battle or be somebody's lunch. Be an attentive, ferocious and fearless fishy!
Fish Now is an io type game, similar to snake but with more varied characters (skins) and more modern mechanics.
Underwater adventures and frenzied battles await!
Eat breakfast or be dinner! Start fighting for your place atop the food chain - download Fish Now right now for FREE! If you want to be an .io game guru, dive into Fish Now!
*
Fish Now is FREE to download and play with no obligations to pay.
However, some in-game items can be purchased for real money. If you wish to disable this feature, please turn off in-app purchases in your device's settings.
*
Please note: You need an internet connection to play the .io game. 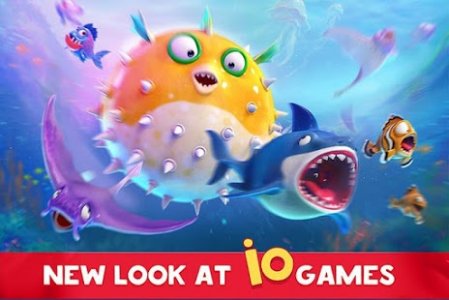 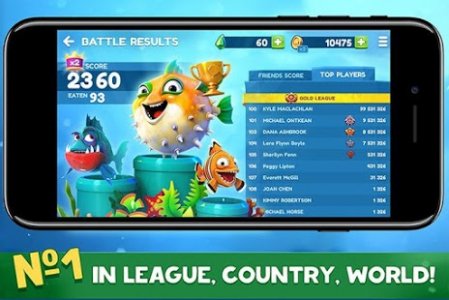 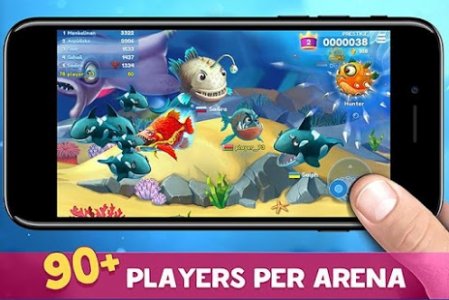 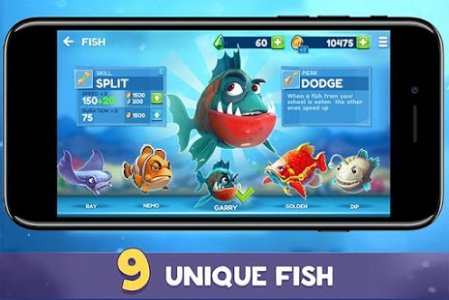 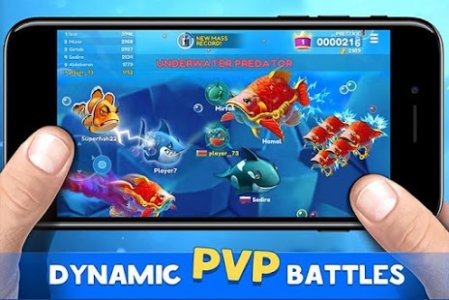 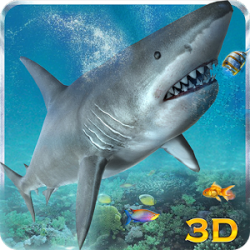