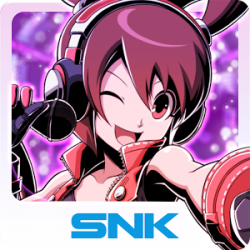 Category: Android Games / Action Games | Version: 1.5.0
Developer: SNK PLAYMORE | Size: 42MB | Updated:06-2
Description
Destroy all the Beasts!
Multiplayer is hot! "BEAST BUSTERS featuring KOF" appears
as a new and FREE entry in the "real zombie shooting" genre!
■■■■■■■■■■■■■■■■■■■■■■■■■■■■■
New features including in this new update
1) Implementation of evolution abilities to Special Weapons
- Weapon abilities can now be customized
2) Addition of new Special Weapons
- Jin & Lisa get each 2 new unique Special Weapons
3) Addition of "Mr. BIG", "Hotaru Futaba", "Maxima” new Fighters Cores!
4) Kyo Kusanagi’s exclusive core can now evolve
- Addition of "Yuki" specil Fighters Core for this process
“BEAST BUSTERS” and “THE KING OF FIGHTERS”, legendary SNK game series are both celebrating respectively their 25th and 20th anniversary this year, and return in an ultimate cross over experience! Play in this FREE non-stop action zombie shooting game as a member of the “Beast Busters” mercenary team or as a famous character from the “KOF” fighting game series, and shoot down the Beasts who came back to life until the last one! With its “Multiplay” game mode, in which you play with your friends and advance together through stages, its Fighters Cores, items in which inhabit the power of KOF fighters and you can power up or make evolve, “Skills” that allow you to perform Special Moves, and many more features, “BEAST BUSTERS featuring KOF” can be enjoyed in many ways! Destroy all swarming zombies!
Game Features:
◆ The latest installment in the horror gun-shooting action game series “BEAST BUSTERS”!
The latest installment in the arcade game “BEAST BUSTERS” which was an international hit at its release in the arcades in 1989,
is now available to download for FREE on Android!
◆ Famous characters from “THE KING OF FIGHTERS” game series join the battle!
“Kyo Kusanagi”, the original hero of the “KOF” game series which turns 20 this year appears as a playable character!
Other KOF characters will also support you during your mission!
◆ Simple controls for the best FREE zombie-shooting experience!
With its very simple controls in which you aim at the zombies on the left screen and shoot with the right screen, even the beginner players will be
able to enjoy “BEAST BUSTERS featuring KOF” from start!
◆ Gather “Fighter Cores” in order to power them up and make the zombies evolve!
There are more than 100 different “Fighter Cores”, items in which inhabit the power of KOF fighters, in “BEAST BUSTERS featuring KOF”! Try to combine a lot of them with each other in other to strengthen and/or make evolve your abilities!
◆ Master your “Skills” to annihilate the Beasts!
Equip yourself with Fighter Cores in order to get “Skills”. Step up your status and activate Special Moves in order to increase your
player’s abilities.
◆ Play in co-op with your friends in “Multiplay” and advance through stages together like FPS game play!
A “Multiplay” game mode that allows you to play with your friends like arcade and FPS games is available. Join forces and aim together for the stage goal!
COMPATIBLE DEVICES:
Android4.0.3 and later
Free space required: 300 MB
©SNK PLAYMORE CORPORATION ALL RIGHTS RESERVED. 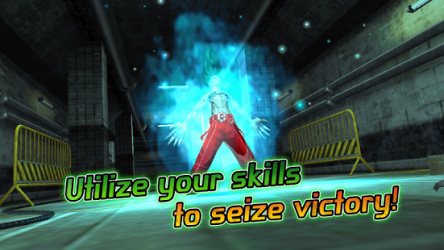 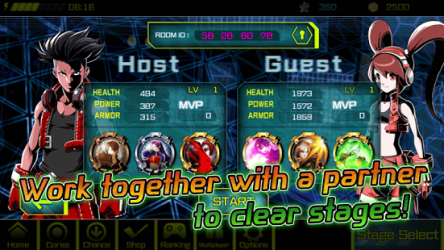 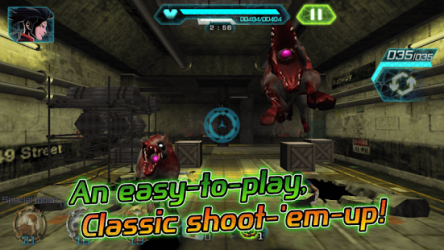 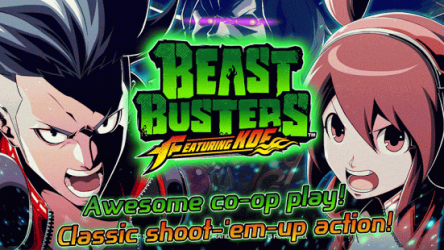 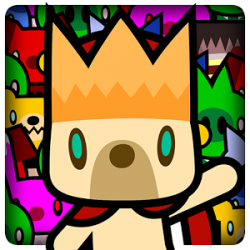 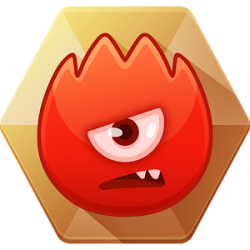 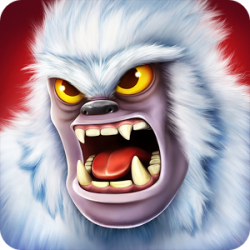 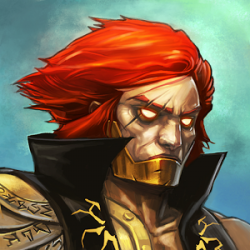