Category: Android Games / Adventure Games | Version: 1.0.2
Developer: GameFirst Mobile | Size: 97.2MB | Updated:10-29
Description
It's worse than an apocalypse.. What If It's your last day on earth? Now you have to survive on an island alone. It's not just a desert island. This Island is inhabited by dangerous dinosaurs. You are the last man standing on the island. Can you survive? Jurassic Survival Island: ARK 2 Evolve is your chance to experience the incredible reality of a arc survival island online. Explore the island! Using resources you can craft weapons for hunting dinosaurs and ancient animals. Try to tame dinosaurs and build your own house!
This a new evolved version of a popular “The Ark of Craft: Dinosaurs Survival Island Series” with more advanced 3D graphics, cool weapons and dangerous dinosaurs online. Do you love surviving games? It’s the best 2017 survival free game. You can play without internet.
Island Survival game features:
Mysterious caves: find a dino cave and collect rare materials
Explore ancient caves full of dangerous dragons and rare resources. Discover new species of dinosaurs!
Collect rare resources, craft tools and weapons, build your own house. You need all of it to survive.
New great 3D graphics
In the new game Jurassic Survival Island: ARK 2 Evolve you can enjoy the newest version of high resolution graphics in 3D. Survival 2017 on the island feels more real than ever. Just imagine suddenly finding a lost rust mine surrounded by jurassic woods, giant jungle forest, huge dragons and ancient animals. It’s one of the most realistic survival games. Tyrex and saber tooth tiger are looking for you..
Dozens of new weapons and vital resources
It doesn't matter what it is: apocalypse or desert island. But anyway, you have to survive. You can craft weapons: from wooden staff and steal swords to laser guns and professional rifles. They will help you to hunt for food and protect yourself in the fight. Also, this newly updated island survivor game has more constructing materials: wood, stone, blocks and more for building on the ground, underground or even underwater.
Evolution goes on
There is huge collection of dinosaurs and wild animals: tyrannosaur T. Rex, stegosaurus, triceratops, dilophosaurus, ankylosaurus, compsognathus, mammoth and saber tooth tiger. Learn how to deal and tame dragon and other wild monsters from jurassic island. If you give a good care to your dino, it will protect you in dangerous battles with other animals.
Improved crafting skills and materials
Survive, even if it’s your last day on earth. Ark survival evolved which means now fulfilling various tasks enables you to create and craft more advanced resources for building facilities. Hack down a tree, collect stones, create blocks, smelt a metal — explore the fantasy world in all possible ways, you are now a true survivor.
First and third-person perspectives are available
You can play in a single player without multiplayer mode. This survive 3D game is adapted to playing from both the first-person and third-person perspective. You get a full immersion into 3D game world via change of camera views.
Different types of dinosaurs
The Ark of Craft is one of craft games that let you discover all the different types of dinosaurs at once. Realistic wild creatures from Jurassic period are eager to kill the uninvited guest on the island — try to survive as long as you can! Hunt dinosaurs or try to tame dragons.
You are a real hero from now on! Tame dinosaurs in this action island games adventure and survival simulator: Jurassic Survival Island: ARK 2 Evolve. Craft and build, hunt and fight, fly and run — find out who you are!
Attention! In development is a online multiplayer! 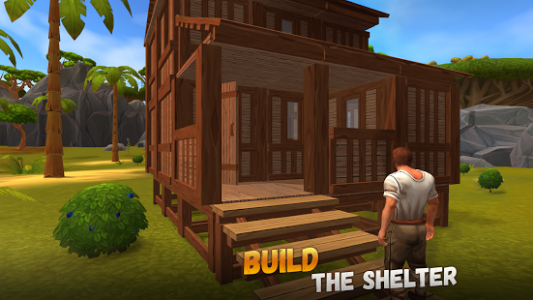 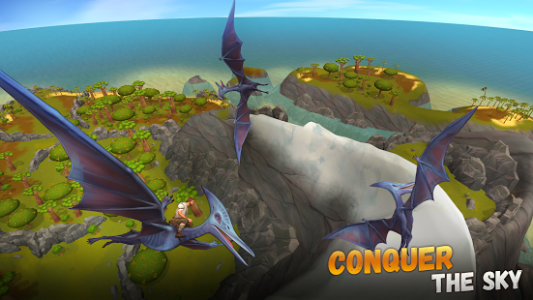 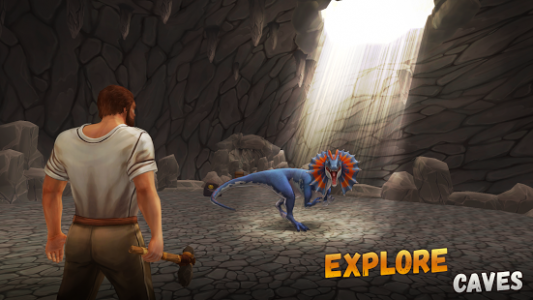 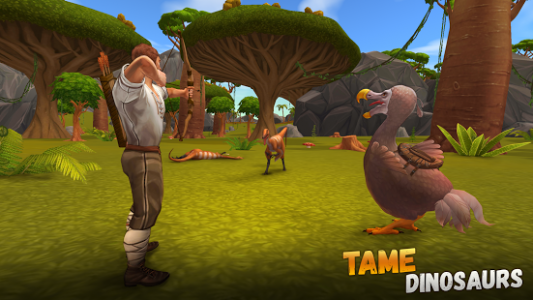 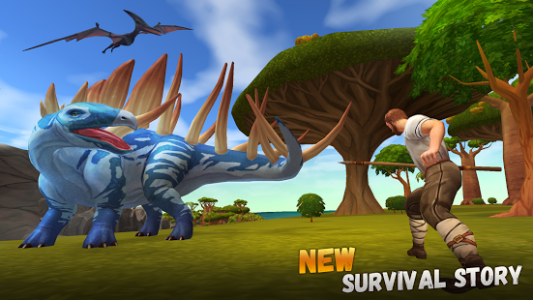