Category: Android Games / Arcade Games | Version: 1.6
Developer: Team Caves | Size: 12.75MB | Updated:02-20
Description
Caves is a retro-inspired 2D platformer blended with modern competitive multiplayer games. If you are tired of endless runners and looking for a hardcore platform jump and run game with classic controls - look no further, try Caves!
Like in any other multiplayer game, in Caves you will be not alone. You will run against the real players, and you will love to see them falling in lava and getting into spikes!
To make the multiplayer experience as smooth as possible without annoying network glitches, the opponents in Caves are represented as ghosts - the recorded runs of real players from the same league.
FEATURES
- Hardcore platforming gameplay that's perfectly tuned for touchscreens
- RPG elements: level up and unlock new hats and outfits, upgrade your health and regeneration
- The atmosphere of running through the Cave that is full of lava
- Multiple power-ups that you can pick up while running
- Classic platforming jump and run controls
- Retro pixel art graphics that pays homage to 8-bit and 16-bit games
- Race against other players in this unique mix of platformer and MMO IO game
HOW TO PLAY
- Use the buttons on the screen to move left, right, and jump
- Run through the Cave. Jump between platforms. Avoid skeletons and spikes
- Try to survive longer than other players to get a better score
- Collect several coins in a row to score the biggest combos
- Get the highest score among the other players in your league to get the golden medal and be promoted to the next league
- Reach the Golden League and write your name into the Hall of Fame
Prove your platforming skills in this competitive 2D Platformer!
---
P.S. Help translate the game into your native language!
E-mail: [email protected]
Website: www.playcaves.com 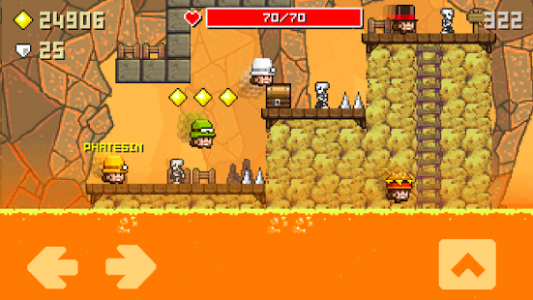 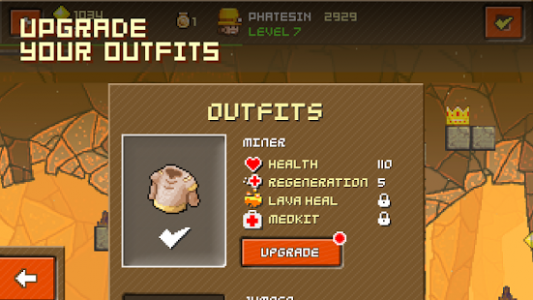 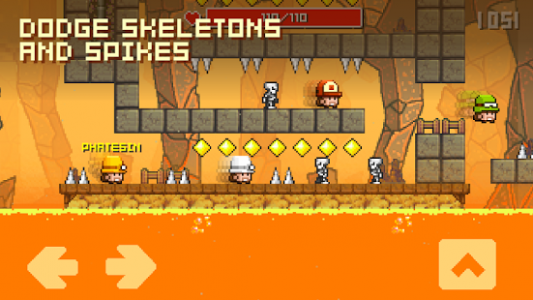