Category: Android Games / Arcade Games | Version: 1.00
Developer: Robert Grzybek RSG | Size: 26.95MB | Updated:12-13
Description
Awesome space wars endless survival arcade.
* Action packed, endless game
* Kill galactic soldiers
* Test your reflexes against endless waves of enemies
* Single tap gaming that's very fast
* Beautiful pixelated graphics
* Compete with friends for highest online score!
* Challenging gameplay!
* Seriously Fun Enemies!
* Tons of Funny 8-bit pixel Characters!
Star in the galactic, most epic endless arcade game!
Super challenging, and fun for any age!
*** 5 Star Endless Galaxy Arcade Survival Killer ***
This game packs tons of the things you've come to love about galaxy endless arcade games but ups the ante x2! We guarantee that this is the most epic, most fun, most challenging galactic endless arcade game in the galaxy! Can you survive the Galactic Pixel Wars?
*** Compete with Friends ***
Compete with your friends online for the highest score and prove that you are the greatest survivor in your solar system. Check your score regularly and improve your game. Show your friends who the real star is. Climb to the top of the online Game Center leaderboard and let them marvel at your greatness. As you level up and improve your roster of characters you'll become unstoppable!
*** Funny Characters ***
There are tons of funny characters to unlock! Each time you play your character will gain Galactic Points witch wich You can unlock new characters. Unlock all characters to complete your survival team!
This is a super fun, lovingly crafted game. And best of all it's totally free!
Welcome to the world's galaxy-est space wars endless arcade game!
Galactic Pixel Wars is the perfect choice to spend your time, as this is the ultimate, action packed and pixel based endless arcade game. The idea in Galactic Pixel Wars is simple, you need to kill as many galactic soldiers that come in an endless wave, and you are the only person to stop them. 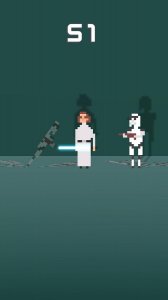 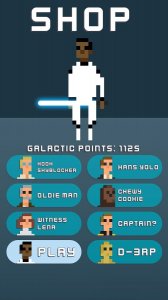 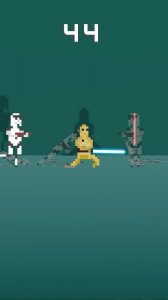 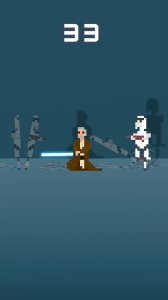 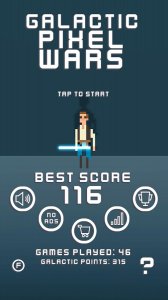 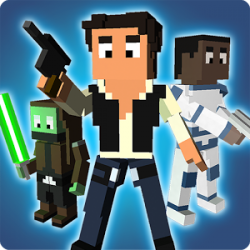 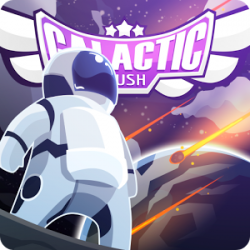 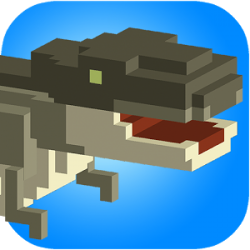 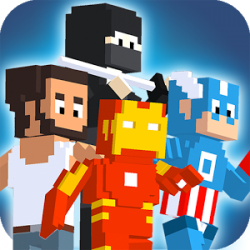