Category: Android Games / Card | Version: 1.0
Developer: Jose Varela | Size: 79MB | Updated:07-12
Description
Play the 2nd part of the #1 FREE SOLITAIRE Tri Peaks card game on Android!
Your princess is locked up in the last room of an intricate dungeon, guarded by a monster.
The keys to open the doors, are split in 16 parts.
The only way to get these parts is solving a card game with magic cards.
Let the adventure begin!
The card game consists in clearing the board by taking a card that is one above or below than the card on the deck.
Among the 160 levels available to play, you would find several missions such as:
- Have a sequence of X number of cards.
- Obtain X points.
- Find the card-key to open the lock.
- Solve the game in X amount of time.
- Get a golden card by having a sequence of 5 cards.
- Solve 2 rounds of the game.
From level 6 you would have available a wild card, that you would be able to use any time replacing the card that you need. It's very useful for building long sequences.
Each card taken off from the board has a value of 100 points, and if it follows a sequence then its value would have 50 bonus points. This means that the longer the sequence is then more points you get.
If you love Solitaire classic, Spider Solitaire, FreeCell solitaire, Tripeaks solitaire, Mahjong, Pyramid solitaire or any other free solitaire patience card games, don't miss out on the best solitaire for your phone and tablet! Just give the game a try, and we promise Solitaire Dungeon Escape by Jose Varela will be the most beautiful and user friendly solitaire game you've ever played,an amazing free solitaire card game.
It's a game that don't need wifi!
No Ads!
No in-app purchases! 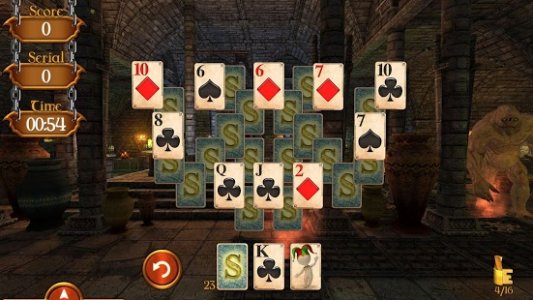 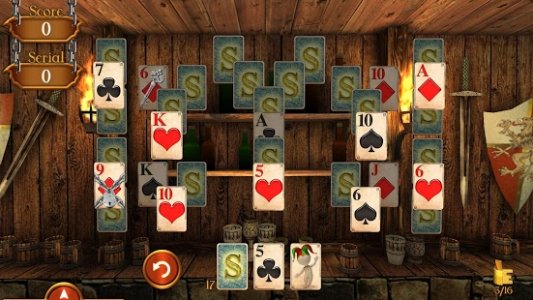 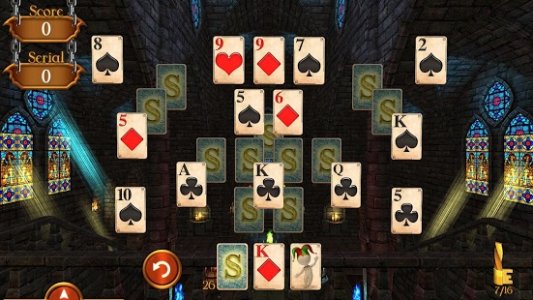 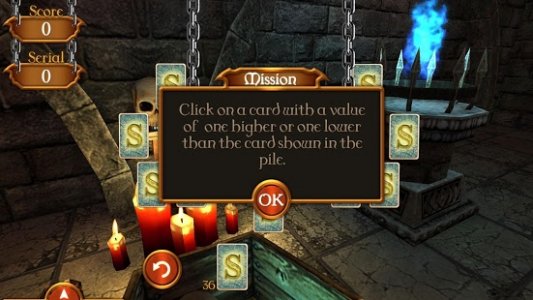 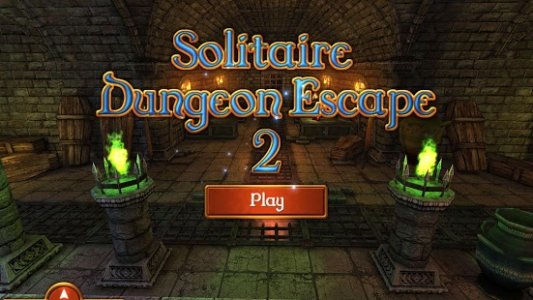 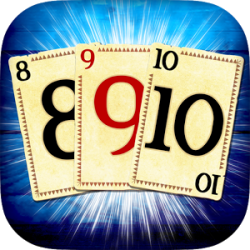 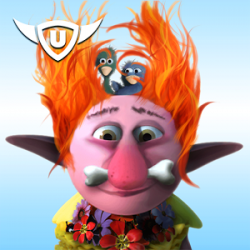