Category: Android Games / Puzzle Games | Version: 1.2.16
Developer: mobcast | Size: 36MB | Updated:07-21
Description
※ music puzzle game in which music and visuals to Synchro! Play recommended in headphones and earphones attached! !
■ □ game introduction □ ■
"Lumines"
"Sound and light of the electric decoration puzzle"
Series cumulative sales 2.5 million more than in the home-use game machine.
It is distributed in all 76 countries in the mobile, 10 million to install more.
The award-winning, blockbuster music puzzle game of Tetsuya Mizuguchi supervision appeared in GooglePlay!
Music and visual synchro
Visual and high-quality sound full of transparent feeling, realizing the play feel immersive than ever before.
Pleasant sense of unity of game play and sound and visuals you can embody.
Music and games fusion of
Inheritance is also a "Digital50 *" elected reason of Tetsuya Mizuguchi said the "fusion of music and game" as it is "Lumines", evolution.
Authentic music puzzle game that dance music and puzzle game is fused.
Each time the beating out high scores, music and the visual excitement to the climax!
Each time to superimpose the score, visual and sound that gradually show the climax is, just like the festivals and live venue!
※ "Digital50": National Producers Association (PGA) and the Hollywood Reporter Magazine's jointly, digital-based creator 50 people notable in the world
Tetsuya Mizuguchi has been highly praised the fusion of music and games, was elected to the "Digital50" in 2006.
And enhancement of various challenges and achievements
Score challenge and time attack of up to clear, endless score attack mode, various difficulty modes exist.
* In the easy operation can be posted to various SNS
Implement a mechanism for the acquisition of play video and performance, you can feel free to post to SNS.
It is possible to take pictures of the game screen and in-camera, play-by-play video can be taken by a simple operation!
■ □ I recommend a game to those who like □ ■
- Lumines towards the series of fan
- Forget the time who want to immerse yourself in the game
Puzzle person games like
And music it is like
In-usual music game (sound game) students who were tired of
Game If you are a commitment to sound
- It is like pop design
================================================
■ Service provider
Ltd. mob cast (mobcast inc.)
□ game title
LUMINES Puzzle & Music
■ supervision
Tetsuya Mizuguchi
□ official site
https://lumines.game/
■ official twitter
https://twitter.com/lumines_pm
□ official facebook
https://www.facebook.com/lumines.puzzle.music
□ corresponding OS
Android4.1 smartphone and tablet equipped with later
※ There is also the model that does not work part also in the corresponding OS / terminal.
■ inquiry to the customer support is here.
[email protected]
※ If you are anti-spam thank you so you will receive permission to e-mail received from "@ mobcasthelp.zendesk.com" in the domain specified.
In this application, it has been used "CRIWARE (TM)" in the (stock) CRI · middleware.
(c) mobcast (c) Resonair (c) BANDAI (c) BNEI
================================================ 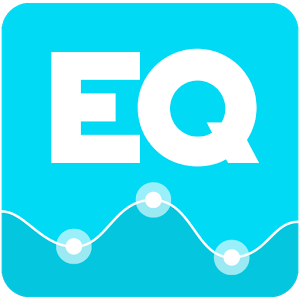