Category: Android Games / Puzzle Games | Version: 0.21
Developer: Phase One Games LLC | Size: 25.34MB | Updated:12-21
Description
WWE Old School...WWE New School...Let's Settle This! Your dream rivalries and battles are happening live, in WWE Champions. Create and customize your ultimate team of Superstars and battle them across the generations of the WWE's greatest anytime in one game. The fast paced action is easy to learn while rewarding skill and quick thinking; so come join a community of fellow WWE fans battling for reputation, power, and bragging rights in WWE Champions.
The Iconic Superstars of the 80's and 90's through Today
Now you can assemble the dream roster of champions from the history of the WWE. The Rock, Undertaker, Macho Man Randy Savage, John Cena, Triple H, Big Show, Andre The Giant and more Legends and current Superstars are ready to enter the ring.
Customize Your Dream Team
Upgrade and tailor your superstar's skills to improve their power and customize the epic moves you want. Combine a wide variety of superstars, skills, and upgrades to build your completely unique team.
Enter the Ring With Friends
Team up or battle against your friends anytime. It's easy to challenge your friends to a match anytime to earn bragging rights. Or, combine forces with friends to tag team with rivals around the world.
It's Always Live
Just like the WWE, Champions is evolving year-round. Recruit up and coming Superstars. Join the community in weekly bouts that re-create the coming Smackdown and Raw battles, and monthly title events.
Fast and Intense Battling
WWE Champions unique puzzle-battle system tests your quick thinking and rewards skillful play as your Superstar gains power from your moves. Unlock and unleash epic moves, or fight your way out of a desperate situation in action battles that you can finish in less than five minutes anytime, anywhere. 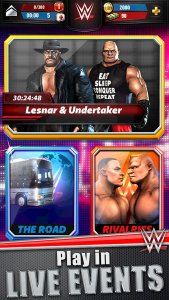 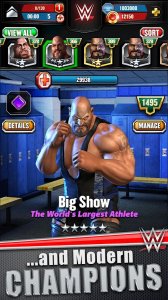 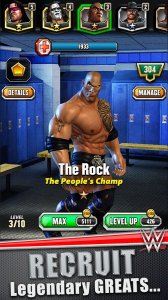 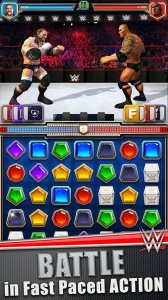 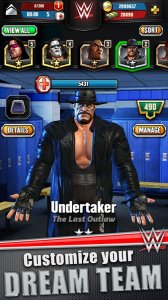 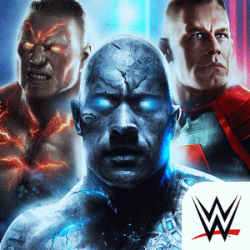 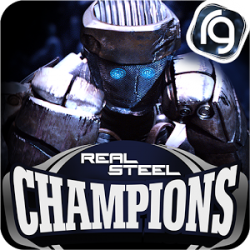 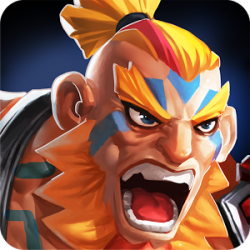