Category: Android Games / Role Playing | Version: 1.0.2
Developer: CoolAI | Size: 23.63MB | Updated:05-5
Description
Monster Grue is a turn-based tactical RPG roguelike with elements of stealth and strategic puzzles.
This is the second role-playing game from the Infinite Underworld.
You play as a bloodthirsty monster living in the pitch darkness of dungeons and hunting brutal orcs, goblin cowards, arrogant humans, stubborn dwarves and treacherous dark elves. But avoid the light - this is the only weapon your predator fears. This tactical role-playing game is completely free and gives you the fair challenge to overcome with fun gameplay.

Game features:
1. Signs of classic roguelikes: permanent death; procedurally-generated levels; turn-based battle; dungeon exploration; RPG development of the character's skills; the decisions made are significant, and the game process is controllable.
2. You hunt stealthily in the darkness because the light will burn you.
3. Develop special skills to distract, lure and frighten your victims so that it's easier for you to catch and eat them.
4. The creation of a random environment and caves gives a variety of roguelike genre, and a deterministic predictive battle gives complete control over victory or defeat.
5. Different endings with the different difficulty of achievement and final bosses at the end.
6. Remember - you are a good Grue, living in the darkness and always hungry for the fresh flesh of elves, dwarves, and other evil cave creatures.

Who is Grue?
A mysterious creature of old myths, living in the darkness and eating careless travelers who were so stupid that they descended into caves without a reliable light source. According to the legends, only a ray of light can destroy Grue.

Sub-genre
The game refers to the sub-genre coffee break roguelikes. You can go to one of the endings in 1.5-2 hours and you can interrupt the game session at any time without losing any progress. The game was made by me on my own with love for clever serious strategies and tactical turn-based role-playing games. But there are also was the external aid with translations, free graphics, and music. The pace of gameplay is moderate, where over a significant part of the moves the player must think about every turn. But you don't need to focus for very long, so the game will not turn from entertainment and recreation into work.

A little about the development
I tried to leave only interesting elements of the game that will give a moderately complex gameplay, minimizing the effect of blind chance on the probability of winning. For example:
1. At the beginning, Grue was not able to go through walls but this sometimes leads to the problem when a player was forced to wait until a stuck enemy leaving his narrow tunnel. So he learned how to walk through the walls.
2. There is also was added missclick protection, so an accidental double tap on the illuminated section of the cave did not lead to an absurd and undeserved death.
3. Long-range transitions were made much safer as the search algorithm of the pathfinding for the Grue gives preference to walls rather than open spaces.
4. If you are strongly bored with advertising, then you can turn it off for free for next few full games. You are able to do it as often as you need.
And similar imperceptible but important improvements have been done many times, so I hope that the game will seem entertaining and worthy of your attention.

About the author
Game development: Denis Anohin is a programmer, a little bit an artist, a little bit a marketer, a fan of strategies and RPG (CoolAI). A detailed description of the use of copyright works is placed inside the application in the section "About the Author". The game is made on the free 2D game engine Corona SDK. 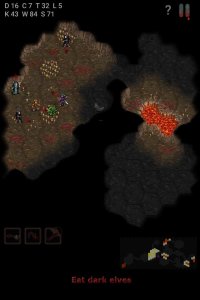 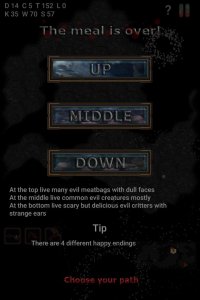 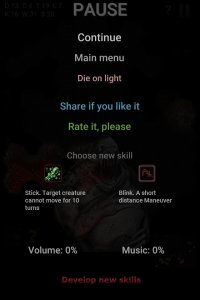 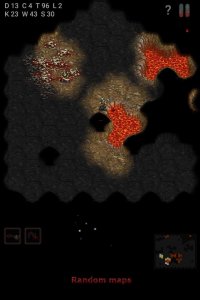 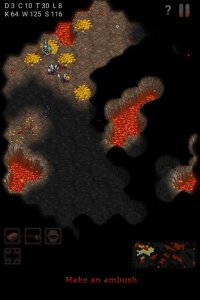 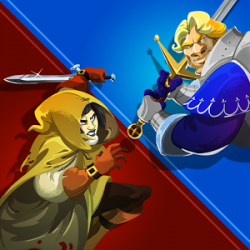 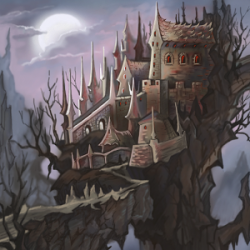