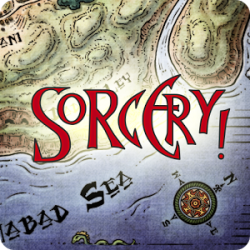 Category: Android Games / Role Playing | Version: 1.0.6
Developer: inkle Ltd | Size: 12.38MB | Updated:06-28
Description
From legendary designer Steve Jackson, co-founder of Lionhead Studios (with Peter Molyneux), and Fighting Fantasy and Games Workshop (with Ian Livingstone); and inkle, the studio behind the award-winning Frankenstein app, Sorcery! is an interactive adventure like never before.
"You should choose to own this adventure" -- Eurogamer
"Inkle's adaptation of Sorcery! takes the genre to a whole new level" -- Kotaku
"This is some of 2013′s best interactive storytelling" -- IGN UK
"Beautifully realised ... this gripping tale has us well and truly hooked" -- Pocket Gamer (Gold Award)
"Incredibly impressed" -- Touch Arcade
"Sometimes I feel like I'm wasting my time writing a review when I should really just be pointing at a game and demanding that people play it. This is one of those times. Steve Jackson's Sorcery! is an absolutely marvellous fantasy storybook adventure. Lushly illustrated and expertly told, it should not be missed by anyone even remotely interested in the genre." -- Gamezebo
"Let’s not mince words here... Sorcery’s unique blend of tabletop-like roleplaying (including an incredible combat system quite unlike anything I’ve seen before), and elaborate branching pathways with custom scripts preserving the feeling of Steve Jackson’s work make me now want to… no, HAVE TO acquire it" - Just Press Start
The app uses inklewriter technology to tell your journey in real-time, shaping the story around your choices. The text itself changes based on how you play and what you do, and in combat, the action is described on the fly based on how you play.
Featuring original illustrations by John Blanche, new character art by Eddie Sharam (DC Comics), an interactive map by Mike Schley (Wizards of the Coast).
"The Shamutanti Hills" is Part 1 of 4. Part 2, "Kharé: Cityport of Traps", is coming soon to the Play Store! (Part 2 will load all of your completed Part 1 games to continue your adventure.) 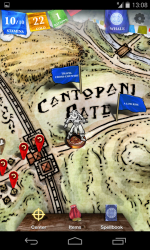 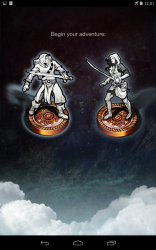 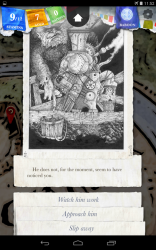 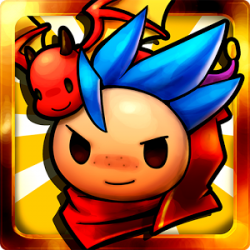 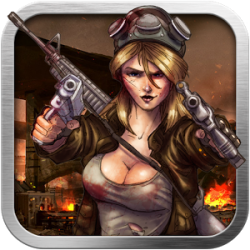 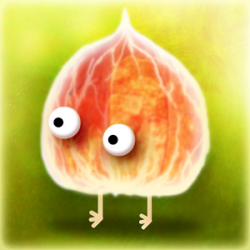