Category: Android Games / Role Playing | Version: 1.1.1g
Developer: KEMCO | Size: 45.84MB | Updated:07-19
Description
SPECIAL PRICE
50% OFF(USD 7.99 -> USD 3.99)!!!
Throw yourself into fierce battles to steal Sertzes, the cores of automatas able to make wishes come true! The twelve numbers engraved on the Chronos Gauge are the key to victory!
Vedley, who lost his parents in a sad incident, hears from Achieitz about the existence of the Letoiles, who are able to make any wish come true.
In order to turn back time and try to save his parents, Vedley makes a pact with a Letoile and becomes her Maschelle, and they throw themselves into the battles to steal Sertzes from the other Letoiles.
Control time, baffle enemies, and turn the course of battles! After all the ferocious fighting... What awaits Vedley?
Skill Plates and Gems
Skill Gems have many different powers, and when fitted into a Skill Plate, a Gem makes it possible for a character to use magic or a skill.
By combining Gems, characters may also be able to use special skills.
Also, by flicking a Skill Plate, it can be rotated, and it is easy to change the positions of skills already fitted directly corresponding to the Chronos Gauge.
The outcome of every battle comes down to the tactics you choose!
During battles, the character icons are shown on the left-hand side of the screen, and next to them, a range of effects are sometimes displayed.
These are known as Field Effects, and if a character’s turn comes while one of those effects is shown next to their icon, the character can gain the benefits of that effect.
However, Field Effects are not always advantageous. There are also disadvantageous effects. Also, effects apply to apply to both enemies and allies. However, by raising the level of the Chronos Gauge to 100% or more, you can launch Interrupt Actions. When an advantageous effect is attached to an enemy, or when a disadvantageous effect is attached to an ally, you can use an Interrupt Action to change the order of the characters' actions, and avoid these unfavorable situations.
The Chronos Gauge holds the key to victory!
The Chronos Gauge is necessary for characters to be able to use the Particular Skills they each have, or to be able to launch Interrupt Actions, with which the order of the characters' actions can be changed. The Gauge has a display like a clock, with the numbers 1 to 12, and at the start of a battle one of the numbers will glow. The glowing number will move clockwise each time an ally or enemy performs an action. At this time, if you use a skill corresponding to the glowing number, a Just Time Bonus will be triggered, and the level of the Gauge will recover by a large amount. Also, the level of the Gauge increases, although only by a little, when enemies are defeated.
The Gauge is shared across all party members, so it's a good idea to pay attention to the level as you use Particular Skills and launch Interrupt Actions!
*This game features some in-app-purchase content. While in-app-purchase content requires additional fees, it is not necessary for finishing the game.
*The actual price might differ depending on the region.
[Supported OS]
- 2.3 to 4.4
[Supported Screens]
- WVGA(320x480) and up
[Xperia(TM) PLAY]
- Not optimized
[SD Card Storage]
- Enabled
[Languages]
- English, Japanese
[Non-Supported Devices]
This app has generally been tested to work on any mobile device released in Japan. We cannot guarantee support on other devices.
__________________________________________
Your use of the application constitutes your acceptance of the following EULA:
http://kemco.jp/eula/eula_EN.html
__________________________________________
Get the latest information!
[Newsletter]
http://kemcogame.com/c8QM
[Facebook page]
http://www.facebook.com/kemco.global
(C)2014 KEMCO/MAGITEC 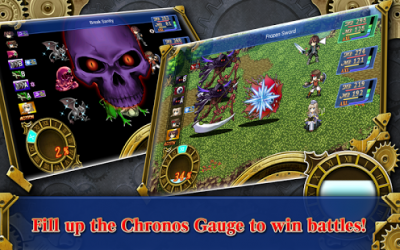 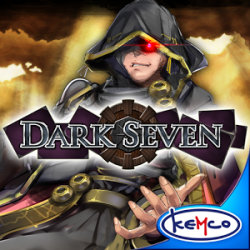 RPG Symphony of the Origin