Category: Android Games / Strategy Games | Version: 0.5.1
Developer: Melsoft Games | Size: 59.29MB | Updated:12-28
Description
Tile Tactics combines tactical fighting games, RPG and card battle games.
Enhance your hero by perfecting his skills and clash with opponents from all over the world in exciting real-time strategy battles!
Take to the battle arena to compete for the mantle of battle master in this challenging and fun magic card game RPG.
Epic fights, a unique fantasy game universe and a magic war adventure await you in Tile Tactics!
GAMEPLAY:
★ Move your hero around the battlefield to take the most advantageous position as you clash with other heroes in card wars.
★ Predict your opponents' moves so you can outwit them. Slick strategy will give you the advantage to defeat even stronger opponents.
★ Win coins and card spheres - you'll be needing these - to unlock new weapon types and level up your Hero. The stronger he is, the more he'll dominate in the PvP online arena.
★ Complete daily RPG quests to gather experience and win even more coins and spheres.
★ CCG fun: Build collections of battle cards that complement your own playstyle and strategy and will help you on your adventure.
★ Fight against all kinds of opponents in magic duels to hone your tactical and strategic skills.
★ Remember: What doesn't kill you makes you stronger - every victory increases the heroes' level, strength and health.
★ Clash with players from all around the world and fight your way up the tournament leaderboard.
★ COMING SOON! Join clans and strive for the top of the clan rankings.
SPECIAL FEATURES:
★ One-touch battle controls ★
The gameplay in Tile Tactics is simple and intuitive. The most complex tactical moves can be made with one tap.
★ Play games any time you like ★
Turn-based online battles don't require instant reactions to an opponent's moves but still make for dynamic and addictive fights and magic duels.
★ Employ a multitude of tactical moves ★
You can use tricks and traps in fights, defeating opponents with your cunning and improving your card war skills and strategies.
★ Unlock new types of weapons ★
Winning battles unlocks cards, which you can take to the battlefield as your weapons. Every battle card has pros and cons - choose wisely and strategically!
If you like online PvP strategy games of war like Clash of Clans, Clash Royale, Heroes of Chaos, Heroes Charge, CCGs or RPGS, you'll love Tile Tactics!
Install Tile Tactics right now FOR FREE!
✫ ✫ ✫ ✫✫ ✫ ✫ ✫
Please note: You need an internet connection to play the game.
Important: You can download and play the game absolutely free. Nevertheless, there are in-app purchases available. They aren't obligatory. This function can be switched off in your mobile device's settings.
✫ ✫ ✫ ✫✫ ✫ ✫ ✫
The Battle of Heroes has begun! See you in the battle arena!
Follow our official page to get the latest news and helpful tips on how to develop your coffee shop:
Facebook - https://www.facebook.com/tiletacticsgame/ 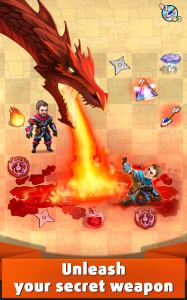 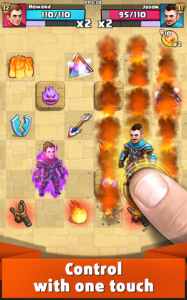 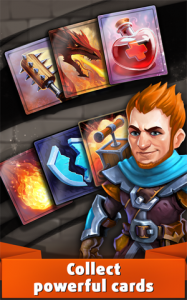 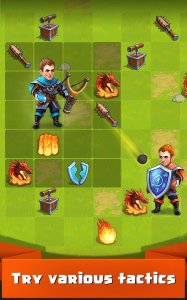 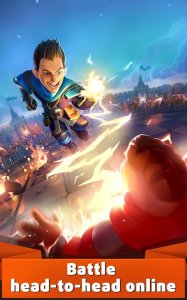