Category: Android Games / Strategy Games | Version: 1.1.9
Developer: Elex | Size: 49.9MB | Updated:08-11
Description
Assemble your league of Heroes and charge into war! Magic Rush: Heroes has epic head-to-head battles that combine the best elements from the RPG games, tower defense games and base building games. With an amazing single player campaign story, online PvP battles, multiple game modes and daily quests, there are tons of ways to lead your Heroes to victory!
With epic kingdom defender battles and a hair-raising PvP Arena mode, cunning strategy and quick reflexes are a must! Fight for victory, become a legend and earn glory as the greatest kingdom defender of all!
Magic Rush: Heroes Features:
War Strategy With 3 Epic Gameplay Styles
Tower defense missions earn you extra loot to power up your heroes
The newest RPG gameplay with innovative skill-aiming controls make for a true test of skills in campaign mode
Real time strategy War breaks out on the world map - Choose an Alliance, expand your kingdom and battle for resources
Summon Ultimate Magic Spells Using Skill-Aiming Controls
Exert direct control over your spells with touch aiming
Strategy is key! Aim and cast your ultimate at just the right moment
Each of your Heroes has his/her own Ultimate - master all of them for true battlefield domination
Defend Your Honor in the PvP Arena
Earn epic rewards for conquering your enemies
PvP games in the Arena pit your Heroes against all comers
Battle Heroes from all over the world to climb the leaderboards
Kingdoms at War in Intense PvP World Map Battles
Join an Alliance to do battle and chat with your allies
Capture nearby mines to collect valuable resources for your kingdom
Strengthen your kingdom using Iron, Crystal, Silver and Medicine, and use those upgrades to power up your Heroes
Arrange three teams of Heroes on your kingdom wall to defend your city
Conquer other players, and even the world!
Heroes and Defenders Are Upgradeable For Maximum Damage
Role play and build your party how you want, from a huge team of characters
Heroes evolve as you upgrade them with runes
Find new Heroes in the Wishing Pool
Strategy shapes how you level up your characters
Real Time Strategy RPG Battles Strengthen Your Team
TRTS and role playing games meet in unique battles on the frontlines
War strategy with the newest fantasy RPG elements brings out the best of both worlds
Some Heroes fight best in the front, others in the back - create the perfect battle formation to crush your enemies
Tower Defense From the Frontlines
Tower defense side missions give you extra loot
Magic spells and tower placements are manually controlled
Tower defense with elements of real time strategy and role playing games as environments transform in real time
Adventure on Quests to Earn Extra Power
Charge the Crystal Dungeon to earn powerful loot and equipment
Tackle the Proving Grounds, where new challenges open daily
Conquer the Elite Campaign, a harder Campaign that grants you even bigger rewards
Daily Quests and the magic Wishing Pool keep you coming back
PvP and Campaign modes both give out equipment and gold
Magic Rush: Heroes brings role playing games and real time strategy together with intense kingdom defender battles. This action packed adventure is free to download; get it today and rush into battle!
PLEASE NOTE! Magic Rush is free to download and play, however some game items can also be purchased for real money. If you do not want to use this feature, please set up password protection for purchases in the settings of your Google Play Store app. Also, under our Terms of Service and Privacy Policy, you must be at least 13 years of age to play or download Magic Rush.
Have any questions or issues with the free tower defense RPG adventure game from Elex Tech?
Reach us at: [email protected]
Facebook: https://www.facebook.com/MagicRushOnline
Twitter: @MagicRushHeroes
Official Forum: http://f.elex.com/forums/35-Magic-Rush-Heroes 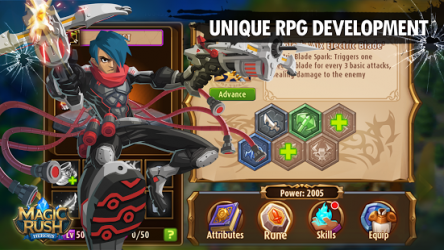 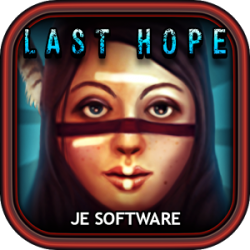