Category: Personalization | Version: 1.0
Developer: Amazing LWP | Size: 7.3MB | Updated:11-28
Description
Coral reef fish are fish which live amongst or in close relation to coral reefs. Coral reefs form complex ecosystems with tremendous biodiversity. Among the myriad inhabitants, the fish stand out as particularly colourful and interesting to watch. Hundreds of species can exist in a small area of a healthy reef, many of them hidden or well camouflaged. Reef fish have developed many ingenious specialisations adapted to survival on the reefs.
Coral reefs occupy less than one percent of the surface area of the world oceans, but still they provide a home for 25 percent of all marine fish species. Reef habitats are a sharp contrast to the open water habitats that make up the other 99% of the world oceans.
Tropical fish are popular choices for aquariums due to their often bright coloration, which typically derives from both pigmented cells and iridescent cells. Tropical fish may include wild-caught specimens, individuals born in captivity including lines selectively bred for special physical features, such as long fins, or particular colorations, such as albino. Some fish may be hybrids of more than one species.
A coral island is a type of island formed from coral detritus and associated organic material.They occur in tropical and sub-tropical areas, typically as part of coral reefs which have grown to cover a far larger area under the sea.
Features:
- Option 5 very beautiful image, or select a photo from your gallery
- Wide choice of settings effects of waves, such as:
Damping radius Displament Tick
- Scrolling effect, gravity sensor, touch, change desktop
- You can include a slide effect, and select an image.
- The effect of rain, setting the intensity of the rain.
- Quick and smooth 3D animation of water (based on OpenGL ES 1.0)
- Effects smooth waves work on older devices
- You can share this app with your friends
- Works on 90% of devices on phones and tablets
- You can open the settings made double tap on the home screen
- Water quality effects of choice (FPS)
- To optimize battery usage 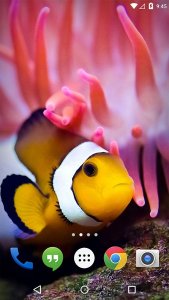 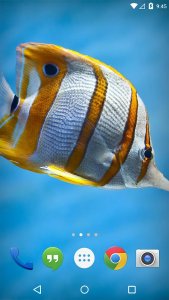 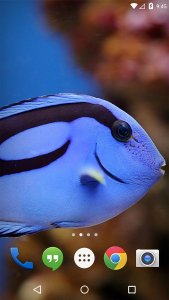 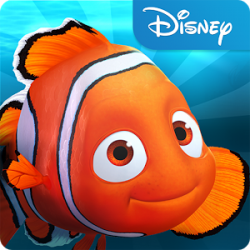 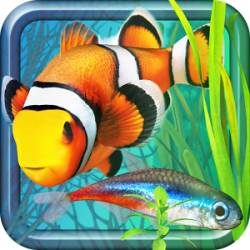