Category: Productivity | Version: 1.6
Developer: Through App | Size: 727.21KB | Updated:05-5
Description
Did you know that you sound a lot different to others than when you hear your own voice? Now, with a simple one-button operation, you can record your own voice and hear it.
The actual sound of your voice from a recording is different than what you think your voice sounds like.
A person hears sounds with the ear.
When you hear the voice of others or when you hear a recorded voice, it comes from the sound in the air, and not from within your body.
The sound of your voice that you think you have is different from the actual sound of your voice as heard by others.
Although some of the sound you hear comes from the outside in the air, the sound is also conducted to your inner ear through a process known as bone conduction, because it is generated from within your body. This makes you hear the sound as being fuller than it actually is.
In other words, there is an additional sound source involved when you hear your own voice without the aid of a recorder or when you hear the voice of others. Recording your voice is the best way to accurately hear yourself talk or sing.
*What makes this app different from other voice recorders*
Time taken to hear the recording after recording your voice for 10 seconds.
Ordinary voice recording app
1. Press Record to start recording
2. After 10 seconds have elapsed, press Stop to stop recording
3. Go to the list of recordings to play it back
14-16 seconds -> on average, 5 additional seconds are needed
Repeat Voice Recorder
1. Press Record to start recording
2. After 10 seconds have elapsed, let your finger off the screen to begin playback immediately
11 seconds -> on average, only 1 additional second is needed
A difference of about 4 seconds
For example, if you practice speaking 50 times a day, you can save 3 minutes and 20 seconds.
*Usage examples*
- Are you practicing to enter an impersonation contest like Hidden Singer?
It is the most efficient application for those who record over and over again.
- Have you heard people around you say your voice is not very fine while talking with
them or over the telephone?
You can change your voice perfectly through practice according to your will.
- Was it an uncomfortable way to record and listen through an existing recorder?
This was made so that you can listen after recording as concisely as possible.
- Do you usually get stressed because people say you're inarticulate in your speech and they can't
hear you well?
Try practicing and changing after checking how you usually speak.
- While you are preparing for a presentation, is your voice shaky?
At the beginning, everyone is nervous, but you can gain confidence through practice.
It is usual that you gain ability through regular practice rather than doing a presentation well
naturally.
- Try checking your voice whether it can appeal to others fully.
Preparing and making a presentation only with thinking without practice and making it after practicing over two times can make a huge difference in delivering a message.
- Are you preparing for an interview for a job?
It is said that one's voice accounts for 38% in an interview.
Try delivering your voice effectively through practice and training.
You can make confident and attractive voice through practice.
- Do you get stressed because your voice is like that of a baby?
Try practicing reading books forcibly using recording.
*How to use*
For detailed explanations, access the menu and go to Help.
- Press down on the screen to record.
- When you let your finger off the screen, the recorded voice will be played back automatically.
- Set ringtone and notification sound, share via email, SMS, and messenger apps. 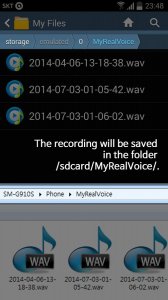 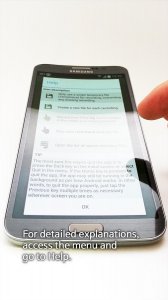 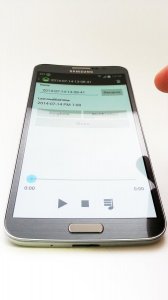 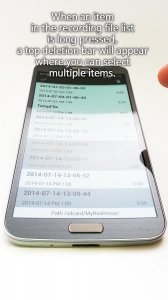 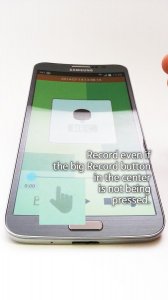 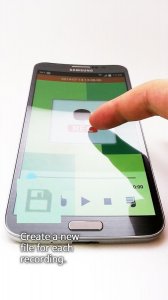 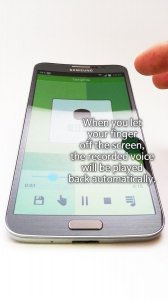 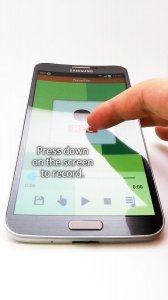 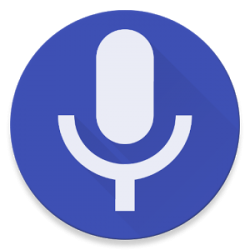